During each year of Dan's academic career our mom kept a book of correspondence with his teachers. As I mine these documents for stories I realize that certain people might benefit from being able to read the entire collection. So I've begun typing it all up, year by year. There are 17 books in all (and several unaccounted years I still have to find in our house somewhere). 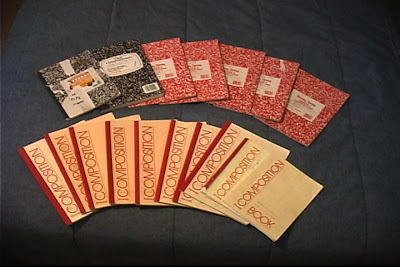 Since there is so much material I've decided to post it on a separate blog called The Dan Drinker Diaries. The earliest diary I have is from first grade. The Drinkers lived in northeast Philadelphia and Dan attended Our Lady of Confidence, a Catholic school. CLICK HERE to see the books I've typed up so far.
Posted by The Drinker Brothers at 12:40 AM 3 comments:

This evening on The Tonight Show, Barack Obama made a not so ready for prime time remark likening his bowling skills to the Special Olympics.  It hasn't aired yet on the west coast but I'm already seeing the story pop up online.

My question is: how accurate a comparison is it?  What are the scores of the top special olympian bowlers?  As much as Dan loves Obama, I wouldn't mind finding out 129 is a crappy score even by Special Olympic standards.
UPDATE:
I wrote to Christopher Beam, who writes The Explainer for slate.com, asking if 129 was a beatable score at the Special Olympics.  He delivered.  Click here to read his Explainer.
Kolan McConiughey is a Special Olympian who bowls an average of 266.
Timothy Shriver, chairman of the Special Olympics, has called on President Obama to "consider" hiring one of their athletes to work in the White House.
Posted by The Drinker Brothers at 11:50 PM 14 comments: 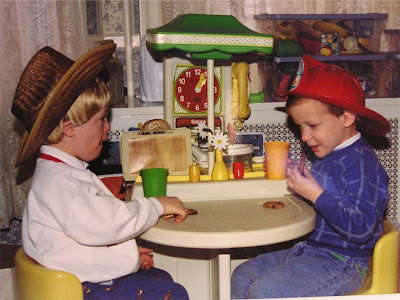 Today is the one year anniversary of dandrinker.com. The project actually began two years before that, when I was in college. I was trying to choose a subject for a documentary film class where we were expected to experiment with audio/stills montages as well as found footage. My dad suggested my brother might make an interesting subject seeing as he was a senior in high school at the time and his transition into the workforce was something both my parents had worried about since the day he was born. My mom always referred to the dreaded transition year as "The Year of Dan" due to how much focus she and my dad had to put into setting him up for his post-high school life. I thought that was the perfect title for the doc, but we've been shooting for over three years now and it's no longer about a single year in Dan's life.

So I flew home and shot some footage of Dan at work and at school. I had no idea what I was doing. Dan had always starred in my movies so he was not camera shy. In fact, he loved showing off. This was a bit disconcerting to me because I had already made up my mind that I wanted myself and my camera to be virtually invisible. Every time Dan acknowledged me or that I was holding a camera or that he was famous I got more and more nervous about how I was going to edit out all his pandering.

The project was due at midnight and we were required to submit it by uploading it to a server. I missed the deadline because, quite plainly, it wasn't finished at midnight. I uploaded the project sometime in the early morning. My professor refused to watch it and gave me an F. The rest of the footage I'd shot was shelved and I began to focus on other projects. A year later, I was trying to play catch up for my Film 1 class, much of which I'd missed due to illness. Since I didn't have a final film project, I screened some projects I'd been working on before I got sick. One of them was The Year of Dan. I was surprised at how positive the feedback was. The class discussed it for a solid half hour, and it wasn't even shot on film! My professor pulled me aside and asked what my plans were with the doc and I told him I had none. Since it had received an F, I'd considered it to be a failed endeavor. He disagreed and told me to write the professor about the grade saying he'd also look into it. I did, and soon enough, the grade was changed to an A.

In February, 2008, I rediscovered some of the footage I'd shelved. It was about how Dan copes with death when he learns his teacher's husband has passed away. I was baffled that I'd let this footage sit in a drawer for almost two years. That scene contained everything that was missing from the original because it both showed who Dan really was and I didn't edit myself out this time. Dan acknowledges me and the camera every chance he gets, and it works. I was no longer worried about being invisible. As I continued to cut old footage, I was compelled to shoot more. I wanted to figure out a way to organize all these scenes but wasn't quite sure how.

Before I explain how Dan and I came up with the idea for a watch-it-as-we-make-it blogumentary you must first appreciate my brother's concept of "office stuff". I don't know when it began, but somewhere in his youth, Dan became obsessed with collecting office supplies. Paper, binders, notebooks, pens, staplers, hole-punchers, or as Dan would put more elegantly: office stuff. Dan's office stuff usually filled up two or three large bags whenever he would pack up for a sleep over at his grandmothers. On several occassions I would have to help him carry his bags of office stuff to her car because they were too heavy for one person to take them all. He easily could have oppened his own office supply store. The assumption in my family has always been that office stuff was a way to appear busy and thus feel more normal. The Drinkers are very busy people. Dan refused to be left out.

I understood this completely. Dan developed a routine with his office stuff that truly kept him busy. It takes quite a lot of time to organize all his supplies the way he likes them, pack them in his bags, and carry them off to Gran's car. Then when he arrives, he gets to perform the ritual of unpacking and setting up all his office stuff. This involves turning on the Disney channel and proceeding to transform his grandmother's living room into his office. It's a territorial ceremony as well. Once every available surface is covered with stacks of loose leaf, yellow notepads, and printing paper, it's not hard to figure out who's turf you're on.

One afternoon, Dan stood in my bedroom doorway telling me he wanted a business card. He explained that he was an adult now and if he was going to have real "office stuff" he would need a business card. I asked him what he'd put on the business card and he replied, "I don't know, Will, you?" I didn't have an answer. Later that night, it all started to make sense. I did some research, registered dandrinker.com, and set up a blog.

I distinctly remember us standing in the kitchen breaking apart the perforated edges of our newly printed business cards as the rest of our family looked on with skepticism. The card said "dandrinker.com" and nothing more. My parents were having difficulty seeing what the point of it all was. The idea was simple. Dan knows more people than anyone I know and come on, if Dan Drinker walked up to you with his business card and said, "my website!" you're telling me you wouldn't be booking for the internet?

My mom was worried we were going to run out of videos to post. Luckily, we already had some content for the blog. I'd just completed a new scene called Dan's First Date With Sarah. Dan and I were both quite pleased with how it came out and decided it would be a great way to kick off the site. The year that followed is pretty well documented already but let me just say it's been the best year of my life. So many families and individuals have written us with such kind and encouraging words, sharing stories of their own, demanding more videos. We read every e-mail, comment, and message and apologize if we aren't able to get back to you.

We are much further along with our project than I ever could have hoped but we are nowhere near finished. Stay tuned, there is plenty yet to come!
Posted by The Drinker Brothers at 2:01 PM 14 comments:

Statue Man Prepares For The Dance 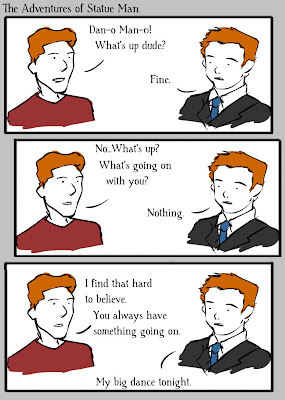 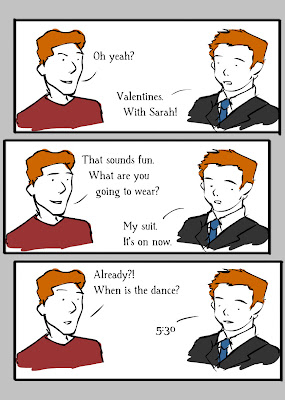 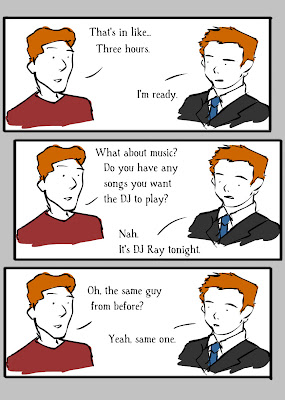 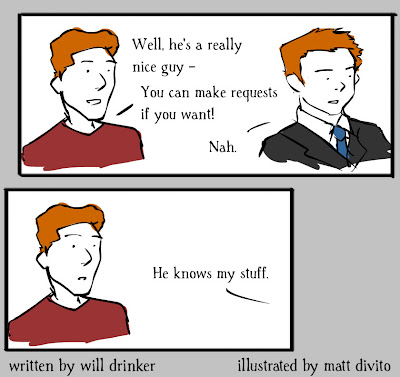 Posted by The Drinker Brothers at 5:11 PM 3 comments: