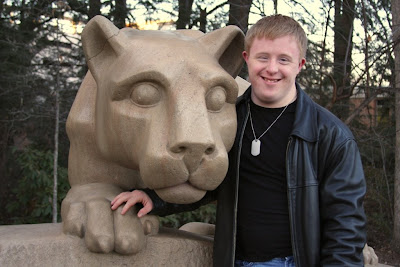 All Photos by Evan M. Cuttic
(click photos to enlarge)
Directly after "breaking up" with Christine, Dan and I headed to State College, Pennsylvania to visit our friend Evan. He goes to Penn State University and Barack Obama was speaking there.
CLICK HERE to view this scene on You Tube 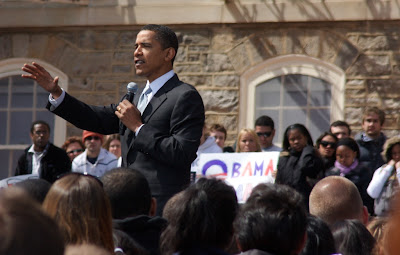 Click below to listen to Dan and Will on PSU's radio morning talk show.  My stream timed out shortly into the broadcast so I was only able to record a bit of it.  We were on the air for an hour. 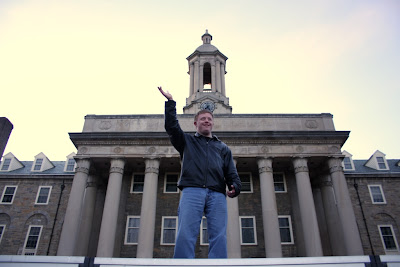 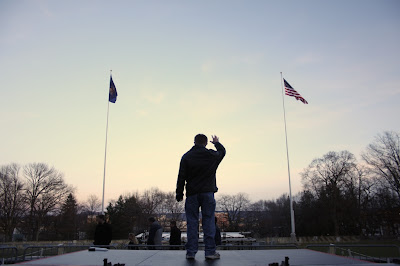 CLICK HERE to read an article about Dan in Penn State's newspaper, The Daily Collegian.
Posted by The Drinker Brothers at 12:58 AM

Great video. I love your enthusiasm, Dan :). Amazing as usual Will. You two are quite the pair.

This is a beautiful documentary!

I think you should submit it to a film festival. So well edited and moving!

Also I felt like I was right there at the rally!

I just LOVED seeing the deleted scene. Dan you would fit right into my house Myself and both kids stand in front of the TV and dance along to high school musical ALOT! Your so COOL Dan! Have you seen Hairspray? It is another favorite of ours.

I have sat here for WAY too long watching all these vidoes. :) You guys rock!

I look forward to watching them grow into adulthood and share their love with the world, like you all are doing! Thanks for doing this and showing people the real side of Down syndrome.

As my daughter Tarenne says, "Down syndrome Rocks baby!"

Hey dan.. this Gina Grellet from best buddies. I think what you and your brother is wonderful...

I hope you are doing well, I also hope Obama wins,

Hey Dan and Will,

Great Vids! I'm a fan and even did a post about ya'll on my blog.
I am blog tagging you right now! See my post "My Six Truths" for more information.

My four year old has DS...love watching you. You are now bookmarked as one of my favorites.

Very cool, I happened to be one of the 22,000 other people at his speech that day. If you guys feel like coming back up in a few weeks, our group is having our first Buddy Walk May 31 at Orchard Park in State College.

I'm the President & General Manager of The LION 90.7fm (WKPS) -- Penn State's Student Radio Station. If you're interested, I can see able getting you the full hour's worth of the broadcast you appeared in on our radio station's morning program.

E-mail me: tshakely@thelion.fm and include the date you were on the air, and I'll try to e-mail you back with the audio!

All the best,
TAS